Mr. Fulwood is currently the Director of Fine Arts for Royse City ISD in Royse City, TX. He has completed 21 years in public school fine arts education. In addition to Royse City, he has worked with programs in Devine, Boyd, Decatur, and Bastrop. Mr. Fulwood’s instrumental ensembles have been consistent UIL Sweepstakes winners, as well as finalists in the Association of Texas Small School Band’s Outstanding Performance Series and the TMEA State Honor band competitions.

Mr. Fulwood is an active clinician, consultant, and adjudicator throughout the state of Texas. His clinic entitled “Flipping a Band: From Director to Superintendent to School Board” was presented at the 2017 Texas Music Educators Association convention in San Antonio. His collaborative article co-written with Dr. Brian Zator entitled “Program Transformation: Navigating Complex Change to Rebuild a Music Program” also appeared in the September 2017 issue of the “Southwestern Musician” magazine. Mr. Fulwood holds a Bachelor’s Degree in Music Education from Tarleton State University and a Master’s Degree in Educational Administration from Lamar University. 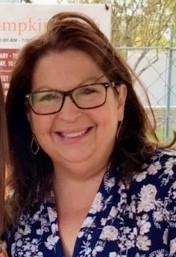 Martha Edwards is a strong advocate for Fine Arts and saw the positve impact it had on both of her children as they went through Royse City ISD. She is thrilled to be in a position to help our Fine Arts educators serve our RCISD students.